Bitcore (BTX) is a new cryptocurrency, created in April 2017 by the talented developers of Bitsend (BSD). It is a hybrid fork: We created a new chain so our blockchain stays super-tiny with currently about 1 GB in size, but we also copied over 5 million balances from the Bitcoin chain to the Bitcore chain, giving 0.5 BTX : 1.0 BTC. 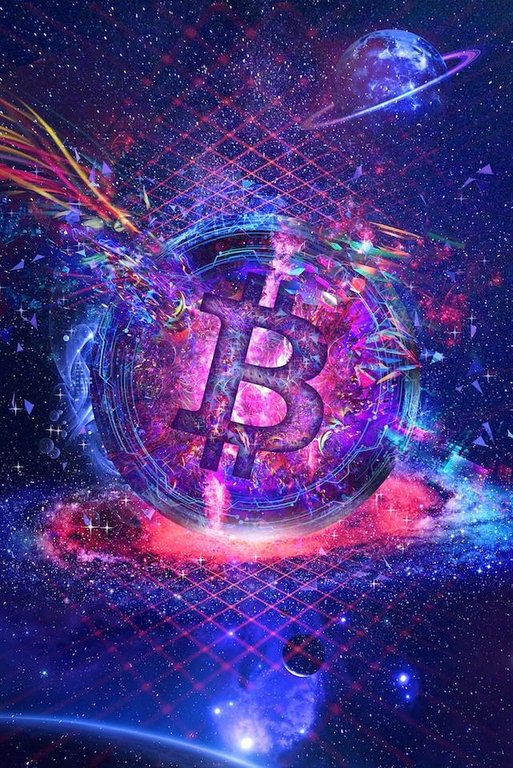 It combines the latest Bitcoin crypto technology, including SegWit (enabled by default), Core 0.15 and Bloom, together with a 20 MB block size, fast 2.5 minutes block times, a new lowsized blockchain (~1 GB) and completely new tech like the smooth Diff64_15 difficulty algorithm and the GPU-mining algorithm Timetravel10. The mining algorithm is ASIC-resistant mining algorithm, and the transaction fees are very low. Total coin supply, the halving schedule and the actual block reward are similar to Bitcoin.

The low blockchain size is a result of Bitcore not being a fork of Bitcoin like Bitcoin Cash or Bitcoin Gold. Instead it uses a new blockchain which makes use of the genuine hybrid fork method.

Bitcore is the first known cryptocurrency to use the hybrid fork method to distribute BTX to Bitcoin holders.

Instead of forking Bitcoin at a specific block and copying the blockchain, Bitcore created a new coin with an empty blockchain. On the 2nd of November 2017 a snapshot of the Bitcoin blockchain was created and in the following days approx. 5 000 000 transactions were created to fill all addresses (public keys) on the Bitcore blockchain, that had funds of 0.01 BTC or above on the Bitcoin chain. The funding ratio is 0.5 BTX : 1.0 BTC.

Is Bitcore A Bitcoin Fork?

No, Bitcore is completely new cryptocurrency with a new blockchain but it uses a technique called hybrid fork. See above for details.

To put this in perspective, the Bitcore network can handle an entire years worth of Bitcoin transactions, at the rate as of January 2018, in only three days. To do another comparison, Bitcore nearly matches Paypal in transactions per second. Bitcore transactions are completed within seconds.

BTC vs BCH vs BTG vs BTX 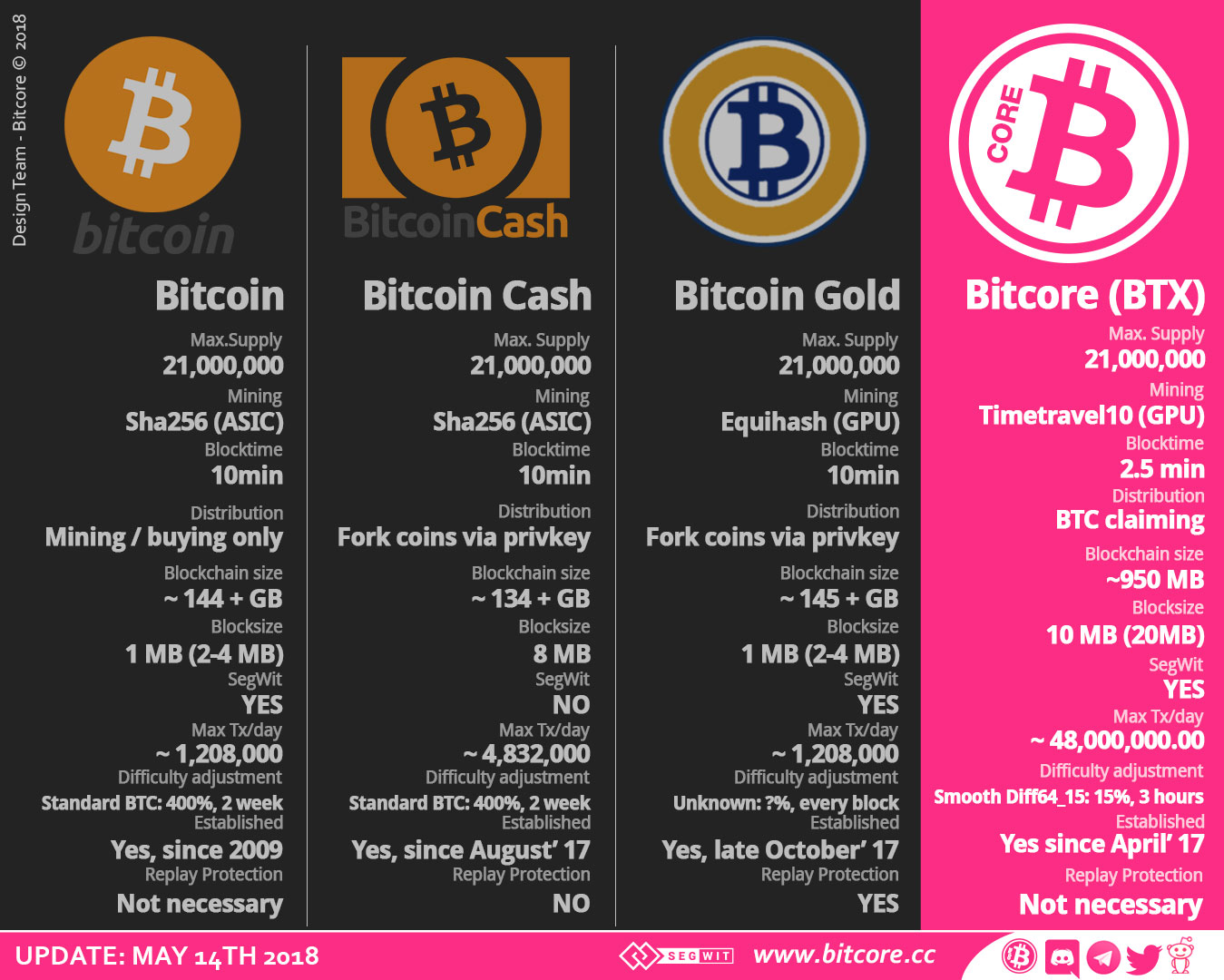 How Can I Buy Bitcore?

Bitcore can be purchased in five ways :

Where Can I Spend Bitcore?

Bitcore can be spent at the following sites :

Bitcore can also be spent at retail merchants which follow the guidelines under "How Can My Retail Store Accept Bitcore?".

You can use the Coresight API described here.

The code for an open-source example of the use of the Coresight API can be found here.

The example running live can be found here.

If you use a web e-commerce platform, you can also integrate modules from these vendors to handle bitcore payments:

How Can My Retail Store Accept Bitcore?

Bitcore support is built into POS terminals from Paytomat

Why Should I, as a Merchant, Accept Bitcore?

Using Bitcore BTX as a payment method instead of using the traditional methods in your business offers the following benefits :

Which Wallets Can I Use?

You can track your bitcore portfolio using Cryptonaut or DeltaDirect, as well as with these wallets:

How Can I Mine Bitcore?

Many mining pools are available for Bitcore, as specified here

How Can I Claim Bitcore?

Bitcore was initially created on April 28th as an experimental scaling solution by the Bitsend development team that has continually provided their community with innovative and transparent development. Bitcore was started without an ICO but instead with a pre-mine that allows the development team to fairly and widely distribute coins to a rapidly growing community.

The pre-mine was done in the form of a Bitcoin snapshot at block 463619. All Bitcoin holders, at the time of the snapshot, could claim their requisite Bitcore through the official website at a 1 to 1 ratio until October 30th, 2017. A second snapshot was made at block 492,820 on November 2nd, 2017. Anyone owning at least .01 BTC at the time can claim BTX coins at a 1 to 2 ratio. These coins can still be claimed. For instructions, see here

The rapid speed and unrivaled scaling easily positions Bitcore to be able to act as an everyday currency in the future. If that was not enough innovation, Bitcore also has a unique difficulty algorithm called Bitcore 64_15. This algorithm ensures that there is no more than a 15 percent change in difficulty within a 64 block period.

This innovative difficulty adjustment method prevents the block time issues that have plagued Bitcoin Cash. The last major point is that the Bitcore blockchain currently is about 1 GB which means running the blockchain requires very little storage space compared to Bitcoin and its popular forks.

A DropCoin platform allows users to send Bitcore in any way they can share it on any service (Email, Facebook, Dropbox, Twitter, WhatsApp, and Telegram etc.) or any chat, even without having any technical knowledge of cryptocurrency. The service can be accessed here.

Bitcore has collaborated with other cryptocurrency projects in order to improve the entire crypto-space.