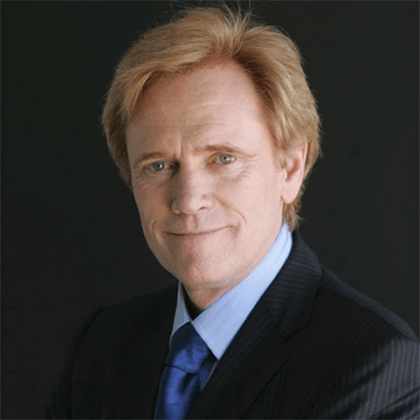 Position: Founder and Owner of GoldSilver

Michael Maloney is a gold and silver bullion dealer.

Michael "Mike" Maloney is the owner and founder of Goldsilver which is amonng the most highly respected investment education company in the world since 2005 as well as known to be the worldwide superior for gold and silver trading. Mike Maloney is the author of the most promiment and top selling precious metals book for investments of all time entitled "Guide to Investing Gold and Silver" that was published in 2008. Specializing in monetary history education, financial literacy and economics, he is highly regarded as an economic cycle expert that is believed to be the road for true wealth.

My name is Mike Maloney. And for the past several years I've been traveling all over the planet speaking to audiences all over the world and I always bring information about what is happening in their economy with me. And I start with that and they really become interested and take notice.

Then I show them what is happening today with the United States dollar. After I've shown them some history, I showed them what has happened in the past with different cultures when they do deficit spending, when they get into big Wars, when especially, if a culture expands to an empire and then they get in big wars, the government gets too big they do too much deficit spending, the whole thing pretty much collapses and there's a big huge transfer of wealth that happens during that period.

This isn't going to be pretty when it happens. I am not an end of world or a doomsday guy. All you can do is play the hand that you are dealt. And if this does happen and I believe it will happen no matter what we do because it's just all this energy that has built up being released. When it happens, it's not going to be good for most people. It's only going to be good for a few. Those are the people that hold gold and silver.

I believe that this is the greatest opportunity in the history of mankind that is occurring right now. This decade is going to be completely unlike anything that any of us alive have ever known. There's going to be changes globally with the financial system, with all of the currencies. This has occurred in tiny little pockets. It's occurred in specific countries one at a time and there was always another place that people could run to to protect their purchasing power protect their wealth.

Even during like the hyperinflation in Weimar Germany or in Zimbabwe just a couple of years ago you would hold your wealth in US dollars. Well, if all of the currencies on the planet are failing that means that it's not necessarily failing but if they're all sick at the same time they're all suffering from huge inflation or a lack of confidence in which I do believe will happen a lack of confidence.

At that point, there isn't any other place except for precious metals and so there has never been a worldwide global demand simultaneously. This is a brand-new phenomenon that is happening right now. This is going to be huge. This is going to be the greatest wealth transfer in the history of mankind. Therefore, it's the greatest opportunity in the history of mankind.

My mission is to try and inform as much of the middle class of this planet as possible before the big economic changes come. And the Dow went all the way down to just one ounce of gold that means that on the same day the Dow and gold were the same price, the points of the Dow and the price of gold. Then, it went from one ounce a gold up to 45 ounces of gold in the year 2000 and it's reverting now. It's back down to eight, the mean is four but because we're in a larger bubble remember it was 18 back in the 1900's.

Bitcoin articles by or related to Mike Maloney