The PIVX ecosystem has an very interesting blend of governance. Like DASH it has masternodes but it also implements Proof of Stake.

This creates some very interesting financial and economic incentives. PIVX can be purchased on Changelly. 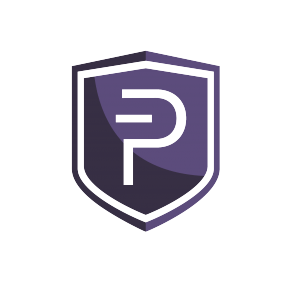 PIVX is a multifaceted community-centric endeavor in the blockchain tech and cryptocurrency realms.

There are many components of what and who PIVX is and why PIVX was manifested.

At the core, PIVX is designed, engineered, and evolving with the best practices and developments to ensure your store of value, transactional security, privacy and fungibility.

You have the right to exchange privately and securely, without interference from corporatocracy pressures, governmental influences, prying eyes, and nefarious individuals and movements.

In this modern age it’s time to allow individuals to exchange and use their wealth how and when they want, with a peace of mind that their transactions are occurring in a rapid fashion, and in a private and verified manner.

Launched on Feb 1st, 2016 under the name of Darknet (DNET), after developments and increased community involvement, it was decided to professionally rebrand and officially change the name to PIVX to more accurately reflect the underpinnings of the community ideals and ideologies being hard coded into the cryptocurrency.

The main goal of PIVX is to achieve near instant private transactions and a governance that helps sustain the network for the benefit of all of the users involved.

While PIVX is well on its way to achieving this, some of the features are under development and should appear in the near future.

The cryptocurrency markets are constantly changing. You can stay updated on the latest PIVX news or get help from the community here:

Step One - Get a PIVX wallet.

Step Two - Buy PIVX at an exchange like Bittrex.

Step Three - Withdraw the PIVX from the exchange to your wallet.

Step Four - Send to friends or family or spend PIVX at your favorite merchant. You can also load the Uquid debit card via PIVX.

Mixing Mechanism: In wallet coin mixing based on CoinJoin with various improvements over the original, but done in a decentralized fashion facilitated by the network of masternodes.

This provides for an additional layer of privacy in transactions, while not perfectly anonymous, it is a far cry better than the standard bitcoin transaction.

If a nefarious actor were to control 50% of the current masternodes they would have less than 0.5% chance of de-anonymizing an individual transaction that was mixed with 8 rounds of Obfuscation.

Instant Transactions: SwiftTX transactions are confirmed and spendable within seconds, guaranteed by the network of masternodes, with no need to wait for multiple confirmations in order to be confident in the validity of the transaction.

PIVX is the first proof of stake cryptocurrency to be based on the version 0.10 or higher Bitcoin codebase, and the PoS structure utilised does away with coin age, meaning in order to get the most out of your staking you must keep your wallet open at all times, resulting in more constantly available nodes, strengthening the network.

No more users opening their wallet once or twice a month for a few minutes and getting rewarded equally with those that have 24/7 up-time with their wallet.

These are incentivized nodes that receive rewards based on their availability and their ability to offer network services in a decentralized and trust-less manner.

Running a masternode requires locking 10,000 PIV collateral for as long as you choose to run the masternode and allows the owner to vote on budget and development proposals.

These nodes are the backbone of the present and future services offer on the PIVX network, and as such are rewarded at a slightly higher level as compared to just staking when the number of them is at a predetermined level defined in the seesaw mechanism.

People often ask why they should choose PIVX above other crypto currency, here is a short list of features that make PIVX stand out from the crowd.

When staking, the larger the address balance the more will be earned.

Masternodes may earn more but there is a lot of hassle setting up and running them.

You can estimate earnings with Cryptonode.

The wallet needs to be opened and unlocked while connected to the Internet; so be careful with security.

Addresses need to have at least 100 confirmations.

Crazy Pro Tip - After an address gets 100 confirmations then restart the wallet and unlock it. Then the staking should be active for that balance.

Super Crazy Pro Tip - In the Debug Console use the 'setstakesplitthreshold' command to change the default split threshold. 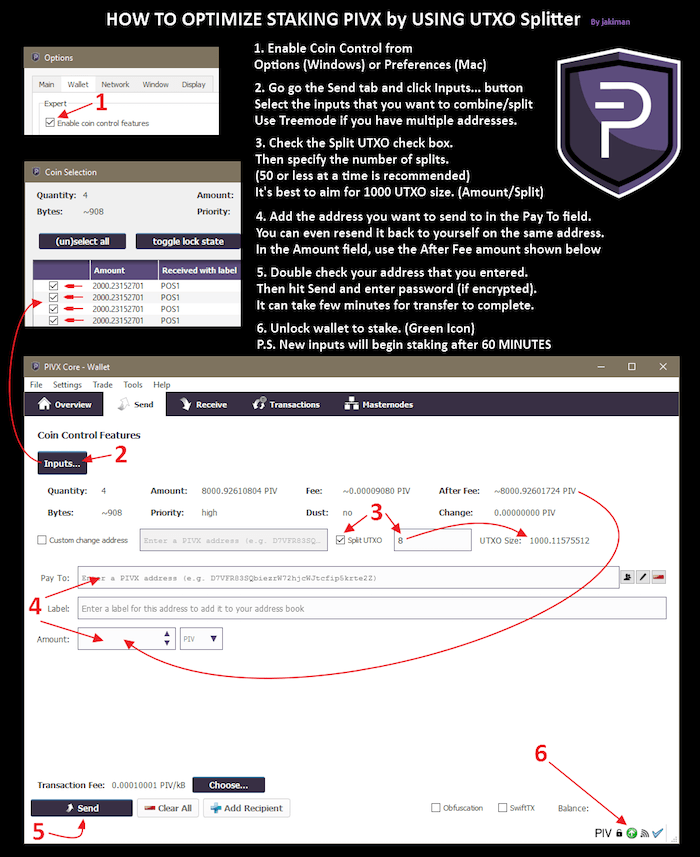 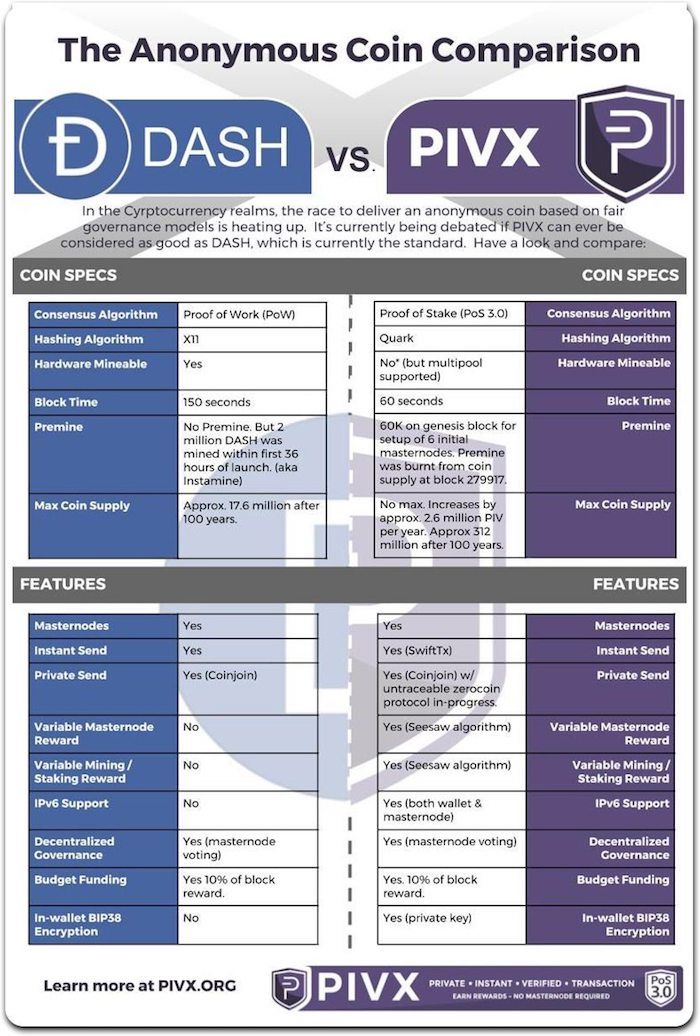