What Is Satoshi Nakamoto's Birthday?

Software programmers often leave Easter eggs in their code for people to find.

The symbolic birthday of the pseudonymous Bitcoin creator, Satoshi Nakamoto, appears to be 5 April 1975 and a significant Easter egg.

Ning/P2P Foundation requires a birthdate for signups, and displays for every member an age calculated from that birthdate. This is the basis for ages given for Satoshi.

However, the age changes each year. For example, based on archives collected by Archive.org the profile for Satoshi Nakamoto: 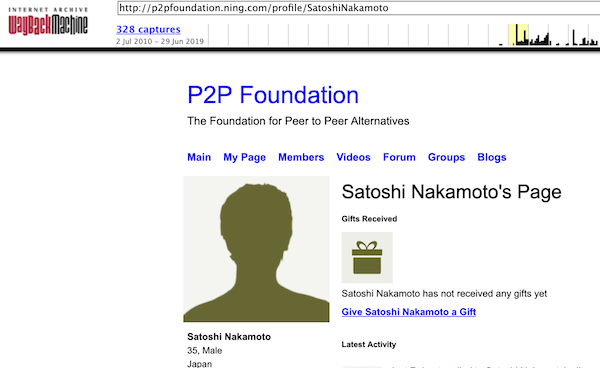 5 April does not seem to be a special date. it is not a round number, symbolic date, not your usual fake birthday like 1 January or April Fools Day, it is not the day Satoshi signed up for P2P ("Satoshi Nakamoto is now a member of P2P Foundation Feb 11, 2009"), not related to when Bitcoin was released (3 January 2009) or when the domain was registered (18 August 2008).

Thus, it seems like a good guess at a birthday.

But why would Satoshi choose this specific date? Perhaps he was leaving an Easter egg regarding his motivations with Bitcoin.

In 1975 the limitation on gold ownership in the U.S. was repealed after President Gerald Ford signed a bill legalizing private ownership of gold coins, bars and certificates by an act of Congress codified in Pub.L. 93–373 which went into effect December 31, 1974.

Consequently, Satoshi appears to have left an Easter egg via his birthday regarding the infringement and restoration of monetary sovereignty.

There are likely more Easter eggs which have been left by Satoshi Nakamoto.

For example, in 2014 Bitcoin thought leader Trace Mayer left a major clue about the reason Satoshi released Bitcoin on 3 Jan 2009.