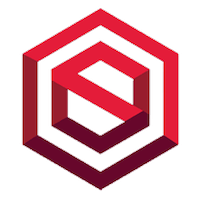 Who created and lives in the Shadow?

Nobody owns the Shadow network much like no one owns the technology behind email. Shadow is controlled and lived in by all Shadow users around the world. While developers are improving the software, they can't force a change in the Shadow protocol because all users are free to choose what software and version they use. In order to stay compatible with each other, all users need to use software complying with the same rules. Shadow can only work correctly with a complete consensus among all users. Therefore, all users and developers have a strong incentive to protect this consensus.

An entire privacy based platform which aims to establish an anonymous economy, with multiple features that give people all the financial freedom and privacy they should have. These include ShadowChat, ShadowMarket, ShadowCash (SDC) & ShadowSend (SDT)

ShadowCore is a decentralized anonymous communication, commerce and currency platform through which the 2 native virtual currencies, SDC & SDT, can be transferred. One of the significant advantages of ShadowCore is it's deep integration with the rest of Shadow's features as well as offering native TOR support for IP obfuscation.

What is ShadowSend v2 (SDT)?

All messages are encrypted by the proven AES-256-CBC algorithm, and distributed between nodes in such a way as to prevent the recipients of messages from being inferred by assailants utilising sophisticated traffic analysis, even if the assailants can view the entire network and/or run nodes of the network.

To eliminate the risk and hassle of sharing passwords, ShadowChat uses the proven and trusted method of Elliptic Curve Diffie-Hellman (ECDH) key exchange. The Elliptic Curve Digital Signature Algorithm (ECDSA) is used to give you confidence that the messages you receive come from where they claim to.

ShadowMarket is an Anonymous P2P Marketplace that enables individuals to buy and sell items, trade currency and communicate leaving only a Shadow.

Upon its completion, the marketplace will provide cash liquidity, private commerce and end-to-end decentralized stability to the Shadow Economy.

The Shadow team is still actively developing the ShadowMarket core infrastructure - ShadowMarket is scheduled for release in the second quarter of 2015.

Getting started with Shadowcash

It is very easy to start using Shadowcash.

What is Shadowcash mining?