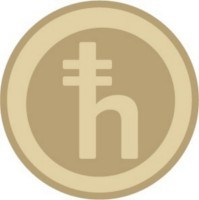 The value of other cryptocurrencies is inherently volatile; one minute they are behaving like a hot technology stock, but the next minute they are plagued with market uncertainty. In stark contrast, the Hayek’s gold-backing gives it unparalleled stability and intrinsic value, and it carries all of the financial security and historical value of gold. Being a cryptograhic receipt, however, it will be much more convenient to store and transfer Hayeks than actual physical bullion.

As one of the most trusted assets in all of history, gold has a very large, very liquid, and relatively stable global market. In fact, many argue that the value of gold will never significantly change over the course of one’s lifetime. Rather, the price movements we observe are largely due to fluctuations in the trading value of fiat paper currency. That is one of the many reasons that gold is so attractive: not necessarily as an investment, but as security, wealth-protection and peace of mind.

With the Hayek, all of those benefits exist digitally. While physical gold is quite heavy and expensive to move, transferring Hayeks is as easy as clicking a few computer keys. Users can instantly send any amount of gold to anyone – regardless of distance, national boundaries, oceans or time zones. Bitcoin was a trail-blazing digital Marco Polo, opening up international digital trade routes, but Bitcoin’s legacy is the Hayek which will deliver gold’s value trans-globally, instantly and effortlessly.

Imagine how important these features are for a person living in a third-world country with a faltering economy. Instead of trying to manage the daily trading values of a volatile national fiat currency, that person can now use the Hayek to securely store their wealth in gold and trade internationally. And since it is digital, the Hayek will be the perfect vehicle for day-to-day transactions.

F. A. Hayek (1899-1992) was one of the most renowned free market advocates of the 20th century, winning a Nobel prize in Economic Science in 1974. He wrote numerous volumes and essays contributing to the Austrian School of Economics. He was also a social and political philosopher, theorizing thoughtfully about the way human behavior and knowledge influence prices and the economy.

Because of the rise of socialism throughout the 20th century, Hayek often focused on denouncing government planning and the misallocation of resources. He argued that no centralized institution could possess sufficient knowledge to reasonably manage an entire economy. Rather, each individual holds unique and valuable information that can contribute to a wealthier society. The people should therefore be free to set their own prices and to allocate their resources as they wish.

Many cryptocurrency enthusiasts and goldbugs share similar beliefs, founded on common sense and a true understanding of human nature. For countless reasons, we hold that a truly free market can and will make our world a better place. That is the main reason that the name Hayek was chosen for this new, gold-backed cryptocurrency – a new form of money that is destined to change people’s thinking about paper currency, banking, savings, investments and international trade.

‘Hayek’ is also the middle name of Anthem Vault’s Founder & CEO, Anthem Hayek Blanchard. His parents were so passionate about the importance of the free market that they named their child after F. A. Hayek himself. It is clear that Mr. Blanchard was heavily influenced by his parents, as he continues their legacy of supporting Austrian economic theories.

Where Can I Buy Hayeks?

Hayeks are available for purchase via an account at AnthemVault.com. Anthem Vault is a trusted bullion storage service that was founded in 2011. When customers buy gold or silver from Anthem Vault, it is stored at an independent vaulting facility. Vault security is state-of-the-art, and all holdings are audited daily and insured against theft and natural disaster. Buyers retain 100% ownership of the physical bullion.

You can learn more about Anthem Vault in the following video:

The Hayek will provide all of those same benefits, plus ease of transfer. Each Hayek will authenticate ownership of one gram of gold stored in those same secure, insured vaults. Owners will even be able to exchange Hayeks for physical gold, delivered to their door.

In the future, the Hayek will be used around the world daily. It will be one of the best available currencies for extremely convenient, gold-backed, international transactions. Everyone will have easy access to the historically proven financial security that gold can provide. One day, our increasingly worthless fiat paper currency could even become a thing of the past.