How an ETF Approval Could Impact Bitcoin's Price - Charts 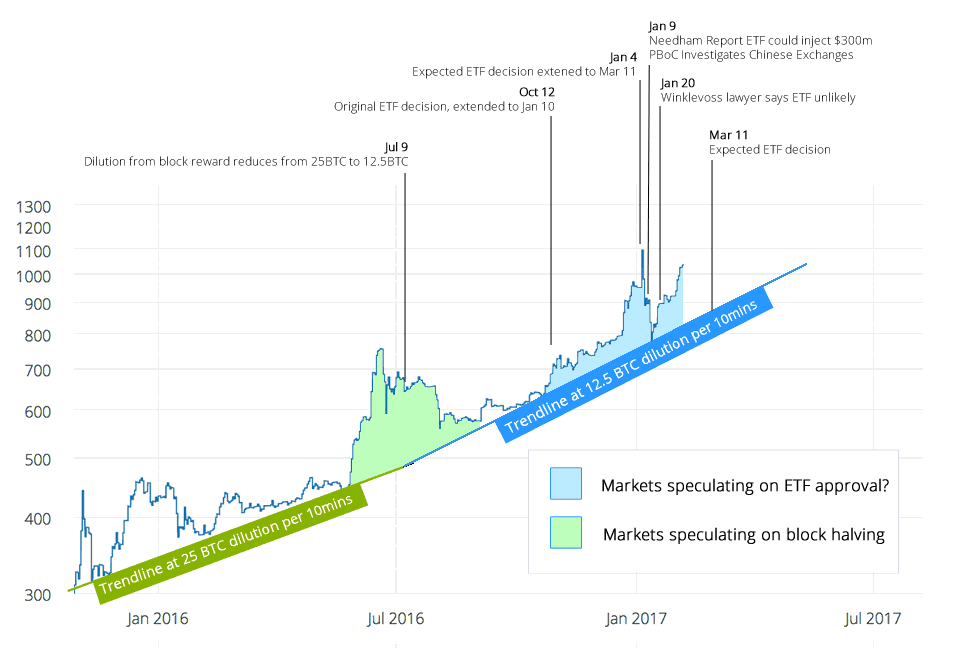 In this guest feature, Woo explores how the bitcoin market might react if a long-awaited ETF was approved and millions in new capital were injected into the market overnight.

This infographic of bitcoin's price is something I've been pondering today.

It tells bitcoin's often dramatic price story in fundamental trend lines that abstract away some serious doses of speculative activity.

There's a lot in this chart, so lets break it down:

If this story is fundamentally correct, the picture it paints is quite useful. 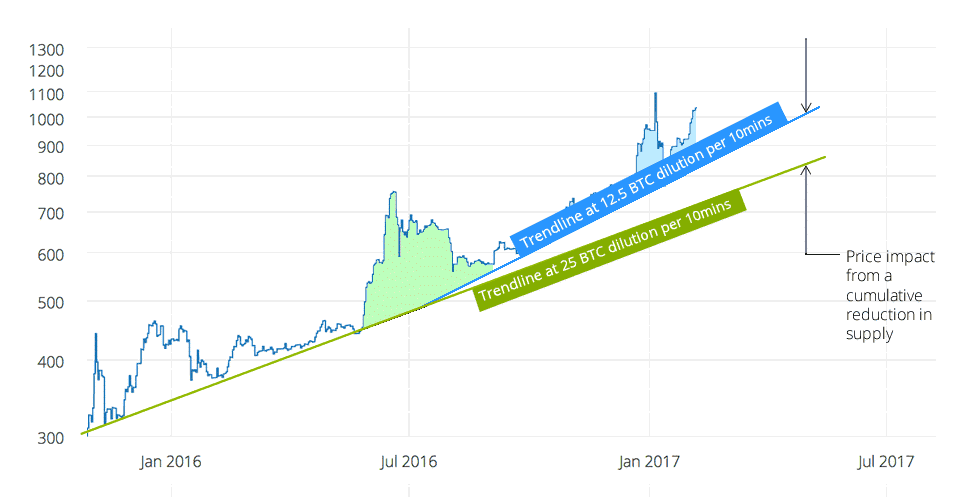 Using this data, we can deduce the impact of a controlled reduction in bitcoin supply on price, and because of this, we can use it to extrapolate changes as a result of new capital inflow.

The diagram above traces two price trajectories, and they etch out the price impact of two monetary dilution policies.

Every 10 minutes, blue supplies 12.5 BTC onto the markets, while green supplies 25 BTC. The difference between the two trend lines at any point in time will give you the price impact from their differences in supply.

The difference between the two trend lines at any point in time will give you the “fair value” price impact from their differences in supply. I say “fair value” as in reality bubble mania would take hold and we’d see a party session above the new baseline and probably another very long three cats and a moon consolidation.

First, a note about the accuracy of this method.

As any chartist and trader can attest, placement of the trend lines is an art, so bear in mind the actual results are subject to significant errors.

Nevertheless, let's see if the results make any sense… 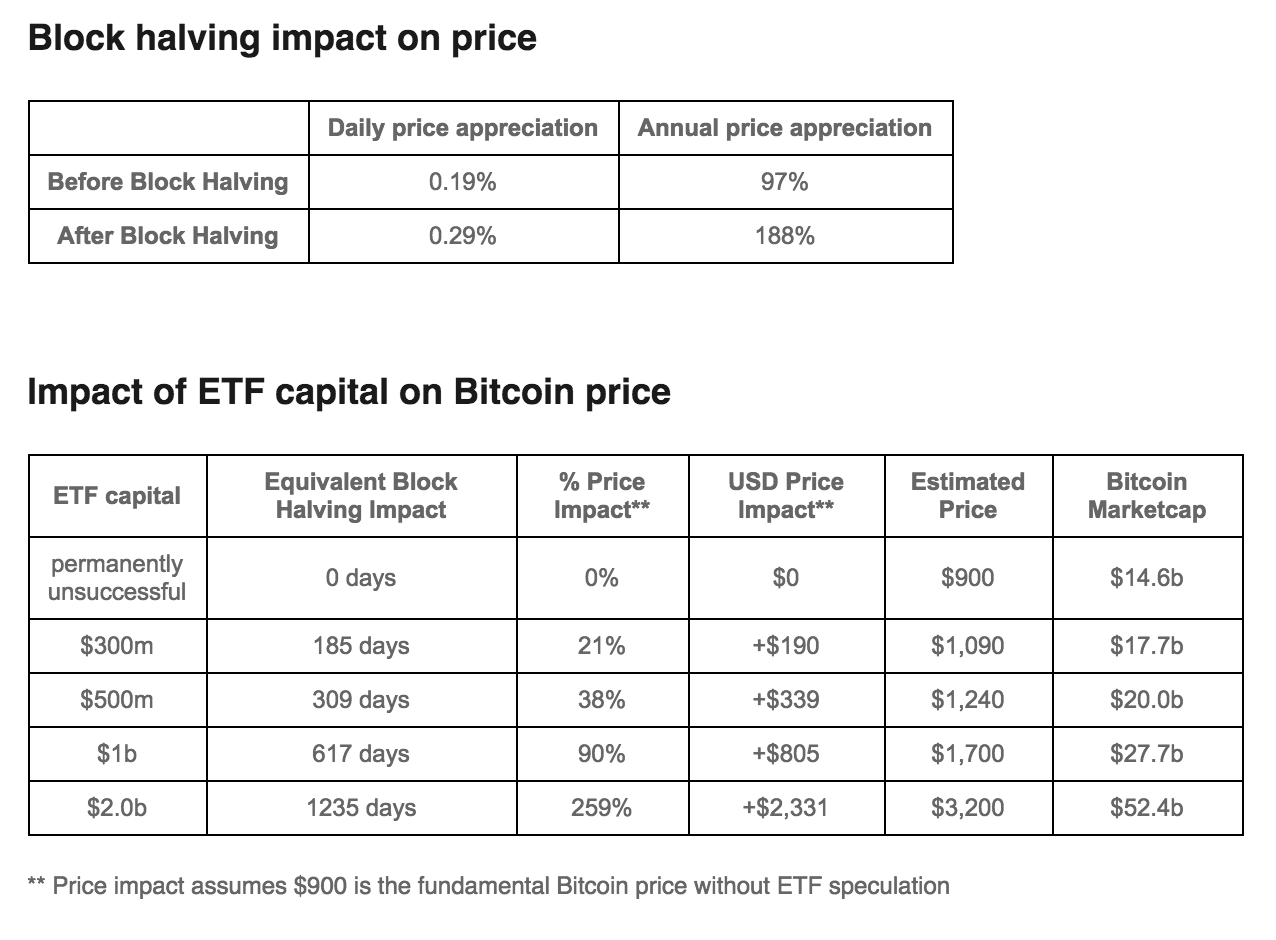 What does this mean in terms of March 2017 price action?

* The short-term price would be driven by speculators, as an actual ETF fund would source the majority of bitcoins from over-the-counter markets. This means it would take some time before the impacts of reduced supply reached the bitcoin exchange markets.

How does this compare to other reports?

At 25% chance and a speculative pricing of $1100 pre-decision, my model would predict $1bn of longer-term capital injection and a fundamental valuation target of $1700. This is within ballpark.

Given their target likely accounts for speculative overshoots that always plague price mania, the two are moderately in agreement.

In this case the speculative overshoot would need to be 18%. Seeking Alpha comment the markets are undervaluing bitcoin by a wild margin (67% at the time of the report).