The debate which gathers a new option called Lumino for block size of Bitcoins. There is a proposal that will make 100 TPS or Transactions Per Second without lifting the block size or jeopardizing the hard fork.

According to Chief Scientist Sergio Demián Lerner and co-founder of Rootstock’s (RSK), scaling Bitcoin is a new way introduced by Lumino and that is an upgrade of Bitcoin often called as New Approach to Scalibility charge of the project.

In near the beginning of January, while all observation were on the price charts, when during bitcoin’s sheer climb to the year-to-date high, Lerner unraveled the project for the first time, saying in tweeter that He is working on a new journey to scalability on PoW-based blockchains. 5K tps over home Personal Computers will be allowed. Very awesome! He will publish soon! 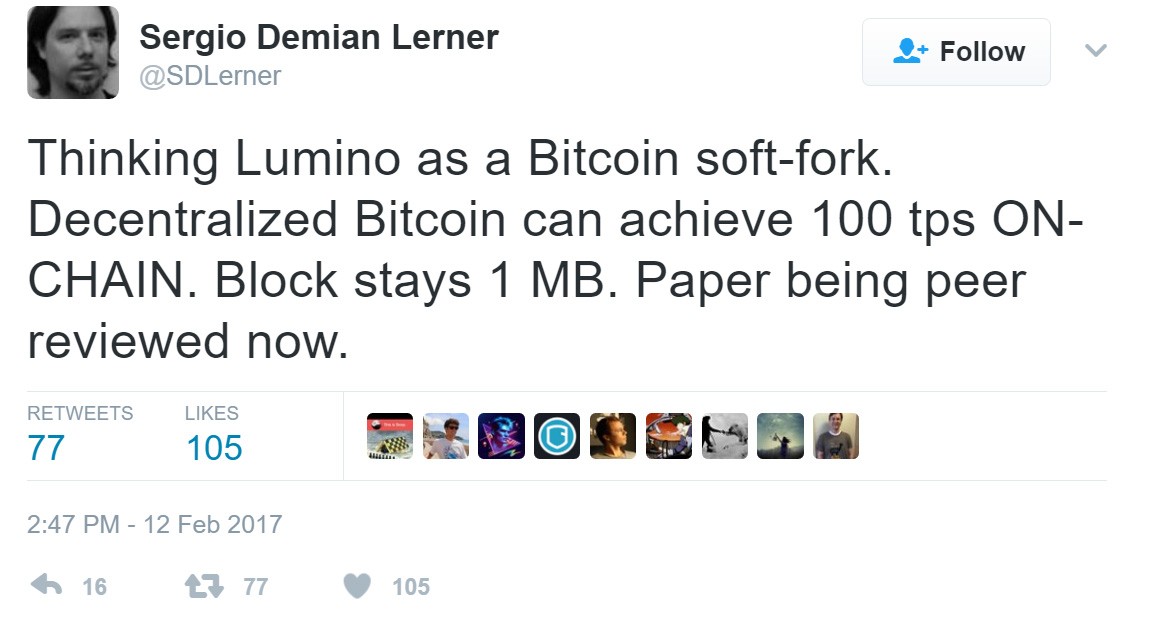 He defined the still-on-working-title project just a for Bitcoin's sidechain on the RSK platform, at that moment. “Can this be used for #Bitcoin?”, one Twitter account . Lerner replied: “As a sidechain, yes. It would need a lot of labor as a sof-fork or hard-fork.

Our plan at @RSKsmart is a Bitcoin sidechain”. Lerner told Mooti CEO Bradley Chun: “It’s something truly different, looks like hub-and-spoke net, but in the background something different happens”.

The Rootstock Chief Scientist keeps on giving hints over the last few months about Lumino in his Tweeter account and just recently he tweeted :

Some people were curious about the project and made it to the point that they requested the white paper to play around with. But until this time there is no revelation even those names of the people who reviewed it.

Lerner has been vocal on tweeter for the new addons called Lumino which will cater 100tps and demonstrated at blockchain developer conference. It was a 2-day convention and he tweets the following : 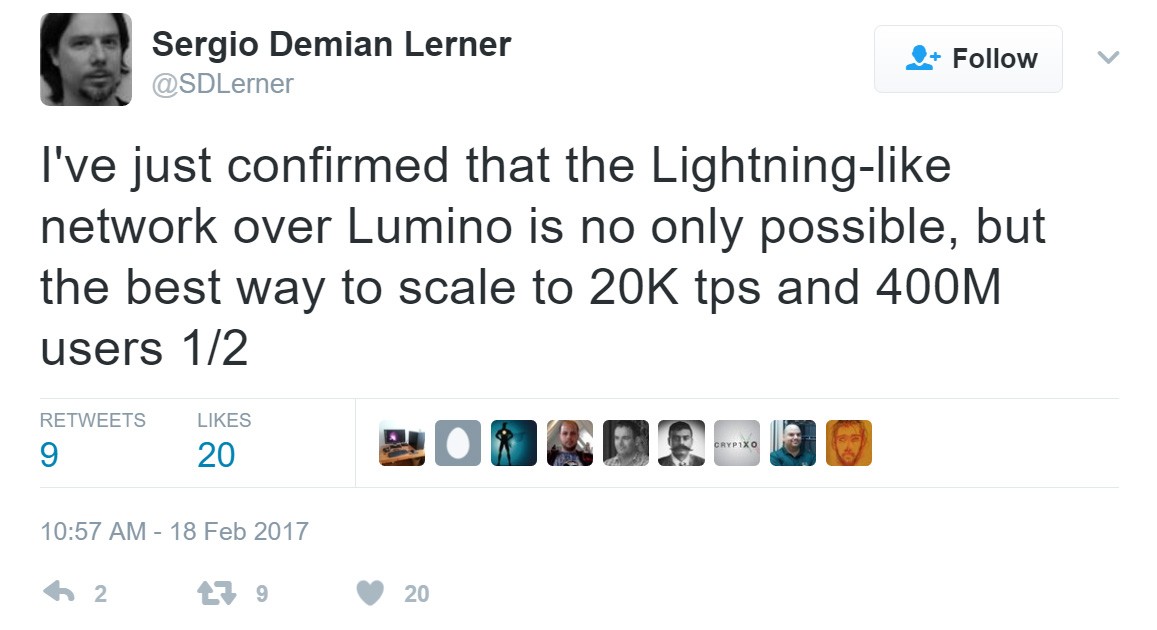 There will be 14 to 33 times more transaction in each block than the current Bitcoin tps rate which is 3 to 7 tps against the propose 100tps of Lumino and 6 to 14 you could have with 2 megabytes block after a hard fork.

As discussed and explained by Lerner, there will be tiny spaces that information of transaction can be stored which he has found inside, arranged with many transactions inside a single MB block. On his latest post on tweeter he explained that Lumino do not need Segwit.

64 bits of data in a present block is far lesser than each transaction is, which has somewhere between 18 bytes and several hundreds of bytes per transaction, depending on the number of input and output addresses that the transaction has.

The quantity of space it would take up inside a block could be reduced significantly using Lumino, on even the tiniest transaction possible.